The Mystery Of Shakti Yogmaya: Politics Or Religion? 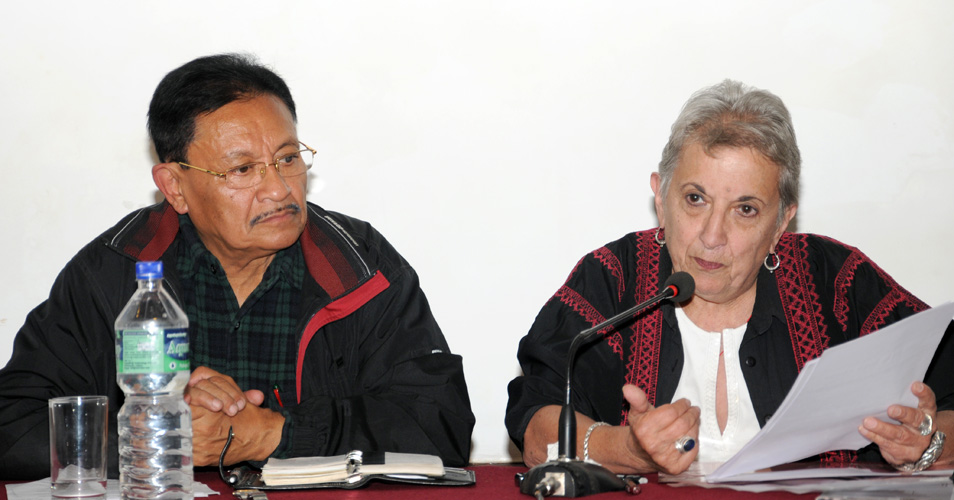 Barbara Nimri Aziz
on
The Mystery of Shakti Yogmaya: Politics or Religion?

On her first visit to the Arun River Valley, East Nepal, in 1980, Barbara Nimri Aziz was confronted with a new dynamic that sent her on a quest into Nepal’s political history she did not expect and was, she admits, little prepared for, on the surface at least. The events she recorded called for a special sensibility to poetry, to the potential and capacity of rural women, and to the role of religious experience in political leadership.

Aziz’s documentation of the life, the objectives and the tactics of the Kulung-born leader known as Shakti Yogmaya was a modest beginning. But the qualities and circumstances of this Nepali woman’s life are inspiring men and women alike, foreigners as well as Nepalis while offering ongoing research possibilities. Mystery and controversy surrounding Yogmaya assure an ongoing debate, this as Nepal itself is undergoing major political transformations.

The lecture will review the early research challenges faced by Aziz and reflect on how we could learn more about this woman’s contribution to Nepal’s history, whether through politics, history, religion, or gender-oriented research

Barbara Nimri Aziz began her professional life in Nepal in 1969 as a graduate student at University of London’s Department of Anthropology. During an active 20-year career as an anthropologist, she travelled widely across Nepal but concentrated her research in two regions—Solukhumbu and Sankhuwa-Sabha. She also conducted research in Tibet between 1986-1988.

In 1989, Dr Aziz largely withdrew from the academic circle of Tibetan and Himalayan Studies to begin a career in journalism, focusing on her homelands, the Arab World. From this emerged Swimming Up the Tigris: Real Life Encounters in Iraq(2007). She has two books in progress based on her work in Algeria and elsewhere.

In 2007-08, Dr Aziz was appointed Fulbright professor and spent 11 months in Algeria in that capacity. Among some of the awards she received as an anthropologist are National Science Foundation Award and a National Geographic Research Award.