The Idea of Nepal 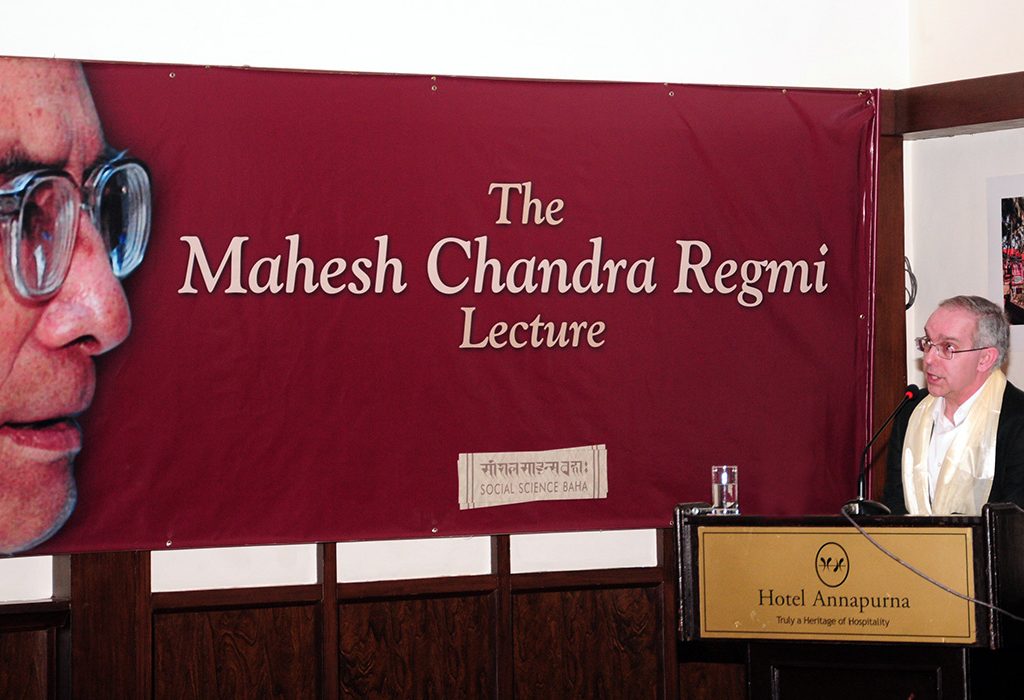 The Idea of Nepal
by David Gellner

This lecture traces some of the ways in which Nepal has been imagined, starting over 1500 years ago when the name referred to the Kathmandu Valley ruled by the Licchavi dynasty. That spatialised hierarchical conception (‘Nepal mandala’) is contrasted with later ideas of Nepal as interface, empire, nation-state, and multicultural federal republic. At each stage, Nepal has been imagined as made up of different kinds of people. In the modern period formal and official categorisations have become increasingly egalitarian and, recently, even explicitly anti-hierarchical. Since 1990, ethnic identities have been massively transformed and politicised. Entirely new ‘macro categories’ have come into existence. However, the old order has not simply disappeared, but remains ‘back stage’, reworked; it can be discerned in informal but still powerful hierarchies of language and national belonging.

David N. Gellner is Professor of Social Anthropology and Fellow of All Souls College, University of Oxford. He is currently Head of the School of Anthropology and Museum Ethnography, a position he also occupied from 2009-2012. His doctoral research (1982-4) was on the traditional Vajrayana Buddhism of the Newars and on Newar social organisation in the Kathmandu Valley. He has carried out fieldwork in Nepal on many subsequent occasions, broadening his interests to include politics, ethnicity, and activism; healers, mediums, and popular approaches to misfortune; religious change; borderlands; and the interaction of caste, class, and culture.

Professor Gellner has published extensively on Nepal, including most recently Religion, Secularism, and Ethnicity in Contemporary Nepal (co-editor, 2016) and New Identity Politics and the 2012 Collapse of Nepal’s Constituent Assembly: When the Dominant becomes ‘Other’ (Modern Asian Studies, co-author, 2016). Among his other publications are: as author, British Gurkha Pension Policies and Ex-Gurkha Campaigns: A Review (co-author, 2013), Rebuilding Buddhism: The Theravada Movement in Twentieth-Century Nepal (co-author, 2005), The Anthropology of Buddhism and Hinduism: Weberian Themes (2001), and Monk, Householder, and Tantric Priest: Newar Buddhism and its Hierarchy of Ritual (1992); and as editor, Borderland Lives in Northern South Asia (2013), Varieties of Activist Experience: Civil Society in South Asia (2010), Ethnic Activism and Civil Society in South Asia (2009), Local Democracy in South Asia: The Micropolitics of Democratization in Nepal and its Neighbours (co-editor, 2013), Nationalism and Ethnicity in Nepal (co-editor, 2008), Resistance and the State: Nepalese Experiences (co-editor, 2007), Nepalis Inside and Outside Nepal: Social Dynamics in Northern South Asia (co-editor, 2007), Political and Social Transformations in North India and Nepal: Social Dynamics in Northern South Asia (co-editor, 2007), Inside Organizations: Anthropologists at Work (2001), and Contested Hierarchies: A Collaborative Ethnography of Caste among the Newars of the Kathmandu Valley (1995).