The History and Future of Food (Especially Corn, Apples, and Chickens) 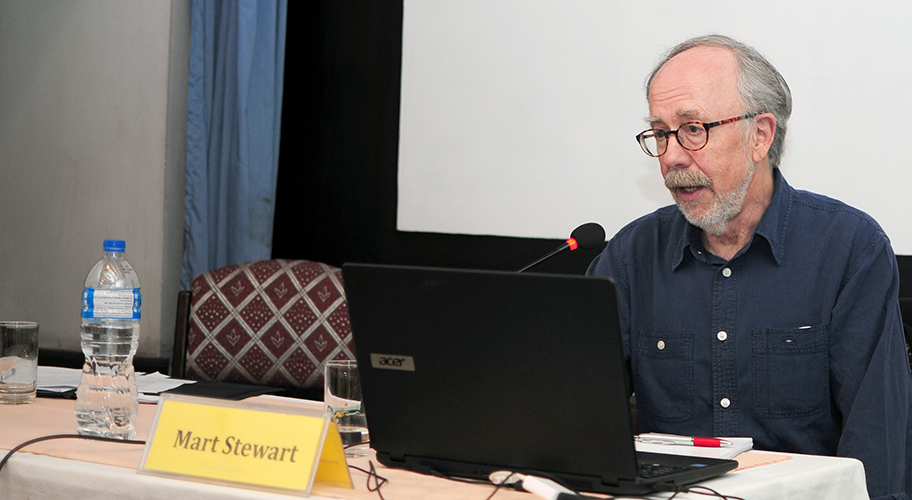 Mart Stewart
on
The History and Future of Food
(Especially Corn, Apples, and Chickens)

We are what we eat and eat what we are. This talk will review, in general, food and history, food and economics, food and culture, food and identity – and food as a fundamental component of every human’s relationship with the environment. It will also summarise the history of food production, but will concentrate on several exemplary histories – of corn and apples (and several others) but especially on the history of chickens as a component of human diets – both for eggs and for meat. Changes in the production of chickens worldwide have in the last 75 years encapsulated the larger history of food production – and have been foremost in revealing some of the problems with industrial production: voracious consumption of scarce water resources; problems with agricultural pollution; overuse of antibiotics (and the prospect of avian flu epidemics that might jump to humans); the homogenisation of taste; the loss of traditional breeds (and agricultural biodiversity); and the domination of production by a few large global companies and a single technology of large-scale production. Vegetarian or not, the industrial production of chickens affects us all. The talk will draw from the speaker’s avian flu research and fieldwork in Vietnam.

Mart Stewart was a forester in his first career, working in the mountains of the American West. He now teaches courses in environmental and cultural history at Western Washington University, and is also an affiliate professor in Huxley College of the Environment at the University. Currently a Fulbright Senior Scholar at BITS Pilani-Goa in India, Stewart is researching the development of environmental history as a field of scholarship in India. Author or editor of many books, essays, and articles the environmental history of the US South and on the Mekong Delta, including What Nature Suffers to Grow: Life, Labor, and Landscape on the Georgia Coast, 1680-1920 (1996) and many essays and articles, and co-editor of Environmental Change and Agricultural Sustainability in the Mekong Delta (2011), he is now working on a project on the environmental history of food. Professor Stewart is also one of the Series Editors of ‘Flows, Migrations, and Exchanges’ published by the University of North Carolina Press.

This lecture was organised in collaboration with the United States Educational Foundation in Nepal.