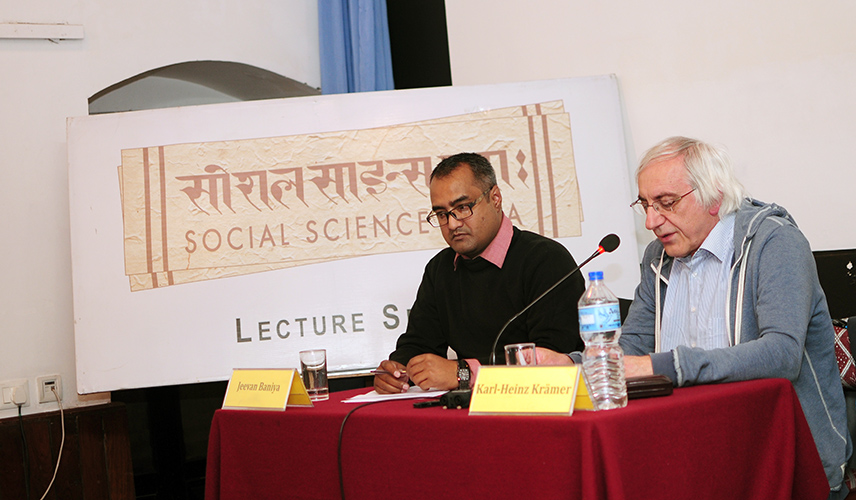 Karl-Heinz Krämer
on
Elections, Parties and Alliances ​Observations from Abroad

The year 2017 is a year of elections for Nepal. They shall open the way to conclude the establishment of the new federal setup by 20 January 2018 as demanded by the constitution. Legal changes like the introduction of a 3 per cent hurdle for winning seats under the proportion representation system have forced the parties to rethink their multiplicity. Electoral alliances and unifications have been the consequence.

But many questions remain. Will such alliances and unifications work? How long will they last? Will there even be long-term alliances that may lead to a three-, four- or five-party system? Will this give Nepal the chance to become a stable democracy under the rule of law? And, what about the adequate inclusion of all social groups that has been one of the main objectives in the aftermath of Jana Andolan II? Against this background, the lecture will provide my personal impressions how the parties deal with their projected closer cooperation.

Karl-Heinz Krämer is a political scientist who obtained his doctorate from the South Asia Institute at University of Heidelberg, with a study on ethnicity and national integration in Nepal. His interest turned to Nepal studies when he met his wife, Lhakpa Doma Sherpa from Solukhumbu, in 1973. Since 1983, he has provided Nepal-language courses to individuals who are going to work in Nepal at what is now called Academy for International Cooperation, a sub-organisation of GIZ. Currently, he is editor-in-chief of nepal-i, the Journal of the German-Nepal Friendship Association in Cologne and runs several websites on Nepal and the Sherpas, especially http://nepalresearch.org.

Dr Krämer has published a number of books on Nepal’s politics and history in the German language, including Nepal: Der lange Weg zur Demokratie (Nepal: The long way to democracy) (1991) and Ethnizität und nationale Integration in Nepal (Ethnicity and national integration in Nepal) (1996), and, as a co-author with his wife, on the Sherpas, apart from numerous articles in books and journals, both in German and English.