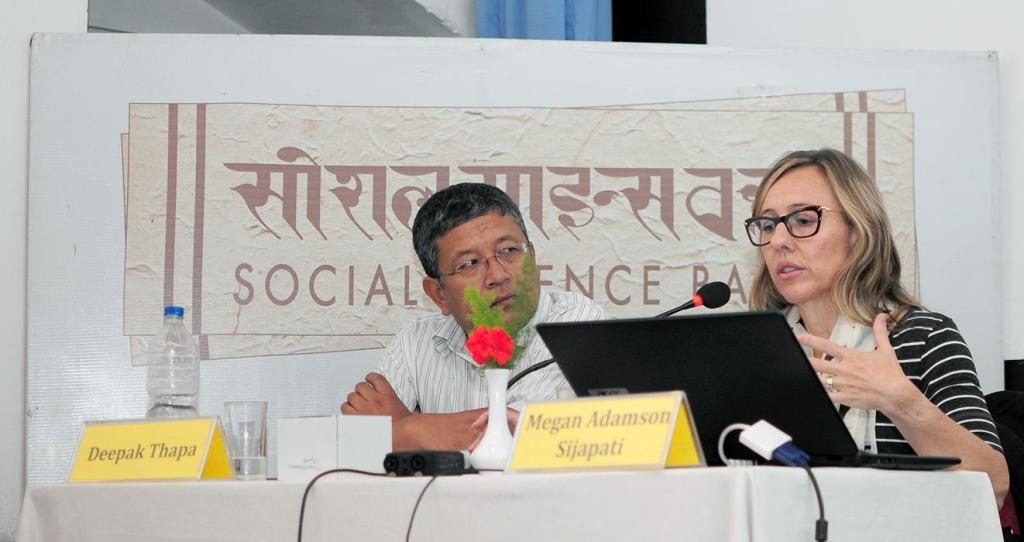 This lecture will discuss the broad features of the history of Muslims and Islam in Nepal, and trace the themes, knowledge produced, and questions raised in studies from the mid-20th century forward. It will then situate these in the broader context of Islamic South Asia, illuminating key features that are both shared and distinct between Muslim Nepal and other parts of Muslim South Asia, and salient even in contemporary global Islam. In conclusion, it will suggest new directions for research and make a case for the critical importance of foregrounding religion in future studies of Muslims in Nepal.

Megan Adamson Sijapati is a scholar of contemporary religion and Associate Professor and Chair of the Department of Religious Studies at Gettysburg College, in Pennsylvania, USA. She has been conducting research on contemporary Islam in Nepal and South Asia since 2005 and is interested more broadly in issues of modernity, religion and belonging, religious revivalism, religion and the body, and the intersections of religious violence and non-violence.

Professor Adamson Sijapati received her PhD in Religious Studies from the University of California, Santa Barbara and is the author of Islamic Revival in Nepal: Religion and a New Nation (2011), co-editor and contributing author of Religion and Modernity in the Himalaya (2016), and author of a number of articles in academic journals. She has travelled, conducted research, and given talks in Europe, South Asia, and the Middle East. Currently she serves on the Executive Board of the South Asian Muslim Studies Association and in the past has served on the Executive Committee of the Association for Nepal and Himalayan Studies.

This lecture was organised in collaboration with the Association for Nepal and Himalayan Studies.