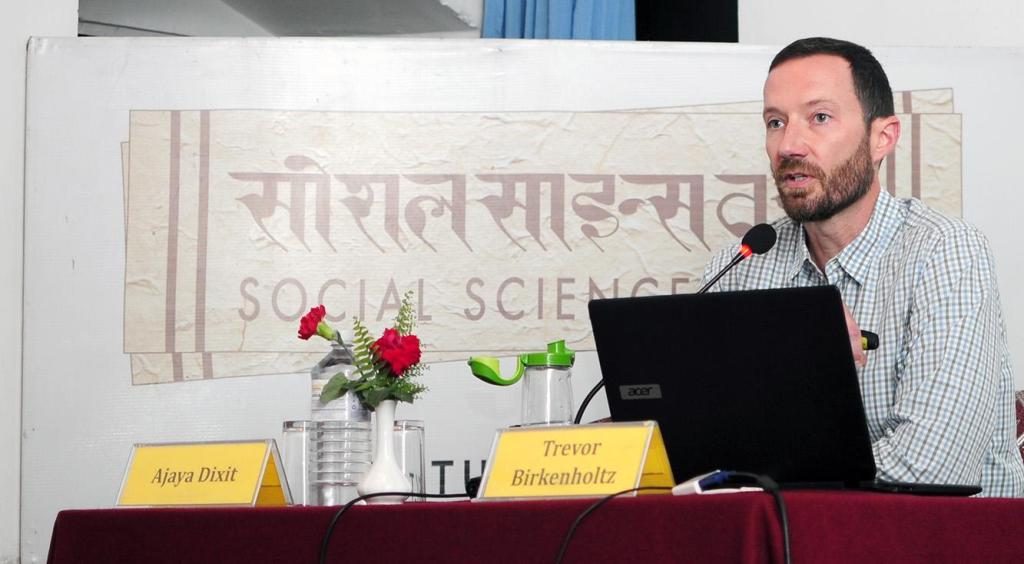 India’s National River-Linking Project (NRLP) aims to connect many Indian, as well as South Asian, rivers via a series of dams, link-canals and reservoirs. Project planners claim that it would move water from so-called surplus areas to deficit areas to enhance water and food security. In doing so, this USD 186 billion project intends to improve water availability in scarce regions, increase irrigated area, provide flood control, and produce hydroelectricity.

This lecture will analyse the history of the project to make three inter-related arguments: First, the entire discourse of the project rests of a myopic vision of water scarcity as a physical problem, rather than water scarcity as something that is also socially produced in complex ways through power-laden political economies. Second, this naturalisation of scarcity as a physical problem, feeds into the state’s techno-managerial tendencies towards mega-projects, while justifying them as the only possible solution to attain water security. And, third, the notion of water scarcity, constructed as a physical problem, allows for the state to project a particular notion of surplus and security that that renders invisible both ‘Project Affected People’ who will be displaced, as well as the potential negative biophysical consequences for Nepal, Pakistan and Bangladesh. The lecture will conclude with a discussion of what this project means for South Asia’s complex riverine socioecologies, including the struggles around access to and control over them, and the effect these transfers will have on India’s neighbours.

Trevor Birkenholtz is Associate Professor of Geography and Geographic Information Science at the University of Illinois at Urbana-Champaign, USA. He is a political ecologist and development geographer. In his research, he examines the political economy of water resources development in urban and rural settings. To date, he has carried out research in Rajasthan and Karnataka states of India.

Professor Birkenholtz is currently working on two projects. In the first, he examines the socio-ecology of drip irrigation systems as a water conservation technology. In doing so, he attempts to understand the political ecological conditions under which these systems may or may not lead to water savings in agriculture, as well as the gendered dynamics of its labor demands. In the second, he examines large-scale water infrastructure (i.e. Indian River-Linking) that is transferring water from agrarian to urban spaces. In doing so, he focuses on the international dimensions of financing these projects, the consequences of rural to urban transfers of water for irrigated agriculture and agrarian change, and the implications of these projects for urban water supplies.