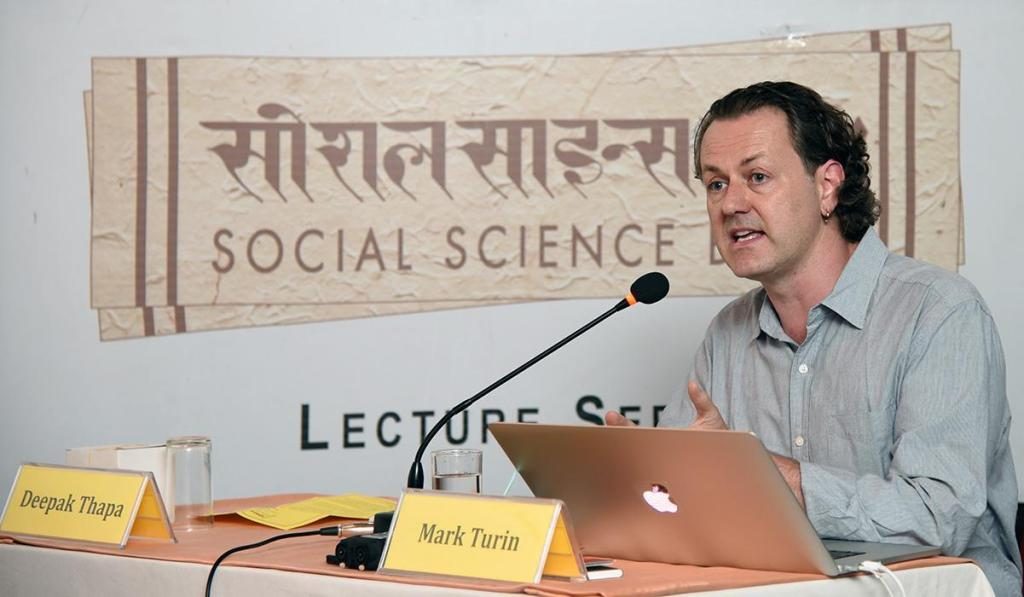 Mark Turin
on
Indigenous Resurgence in Canada
Implications for Nepal?

Canada is going through what some have described as an Indigenous moment. Since taking power, Prime Minister Justin Trudeau and his Liberal federal government have pledged to develop a nation-to-nation relationship with the First Nations, Inuit and Métis communities that make up what is now Canada. Indigenous nations comprise 4.3 per cent of Canada’s national population. Indigenous peoples make up more than one third of Nepal’s population. This lecture will outline some inspiring Indigenous-led partnerships that define and shape contemporary Canada, and invites us to think through what—if any—implications these might have for Nepal.

Canada has received international attention for newly proposed national legislation in support of Indigenous languages, for official acknowledgements of traditional and unceded territory, and increased street signage in Indigenous languages. Across the country, elementary, secondary and university programs that honour Indigenous knowledge across the disciplines—from art to science—are being developed and rolled out. Overall, Canada’s Indigenous communities are in the limelight, albeit in sometimes instrumentalised ways. The main difference between Canada and other European settler-colonial states is that Indigenous communities in Canada have demonstrated, through ground-breaking court cases and legal settlements, the power of enduring and underlying Aboriginal title. In other words, Indigenous communities exert considerable control over how Canada’s land and resources are used in ways that focus the mind of provincial and federal government. In this lecture, Dr Turin suggests that Canada provides a compelling case for those invested and involved in Indigenous governance in Nepal.

Mark Turin is an anthropologist, linguist and occasional radio presenter, and an Associate Professor of Anthropology at the University of British Columbia (UBC). From 2014-2018, he served as Chair of the First Nations and Endangered Languages Program and from 2016-2018, as Acting Co-Director of the University’s new Institute for Critical Indigenous Studies. Before joining UBC, he was an Associate Research Scientist with the South Asian Studies Council at Yale University, and the Founding Program Director of the Yale Himalaya Initiative.

Dr Turin directs both the World Oral Literature Project and the Digital Himalaya Project which he co-founded in 2000 as a platform to make multi-media resources from the Himalayan region widely available online. Together with Associate Professor Sienna Craig, Dr Turin edited Himalaya, the longest-running, interdisciplinary and peer-reviewed journal of Himalayan studies from 2013-2017. For over 20 years, his regional focus has been the Himalayan region (particularly Nepal, northern India and Bhutan), and more recently, the Pacific Northwest. He is the author of A Grammar of the Thangmi Language (2011), Grounding Knowledge/Walking Land: Archaeological Research and Ethno-historical Identity in Central Nepal (co-author) (2009) and Linguistic Diversity and the Preservation of Endangered Languages: A Case Study from Nepal (2007) among other editorial duties of various travel guides and a series on oral literature. He tweets @markturin.