Nepal’s Development Predicaments through the Lens of Cultural Theory 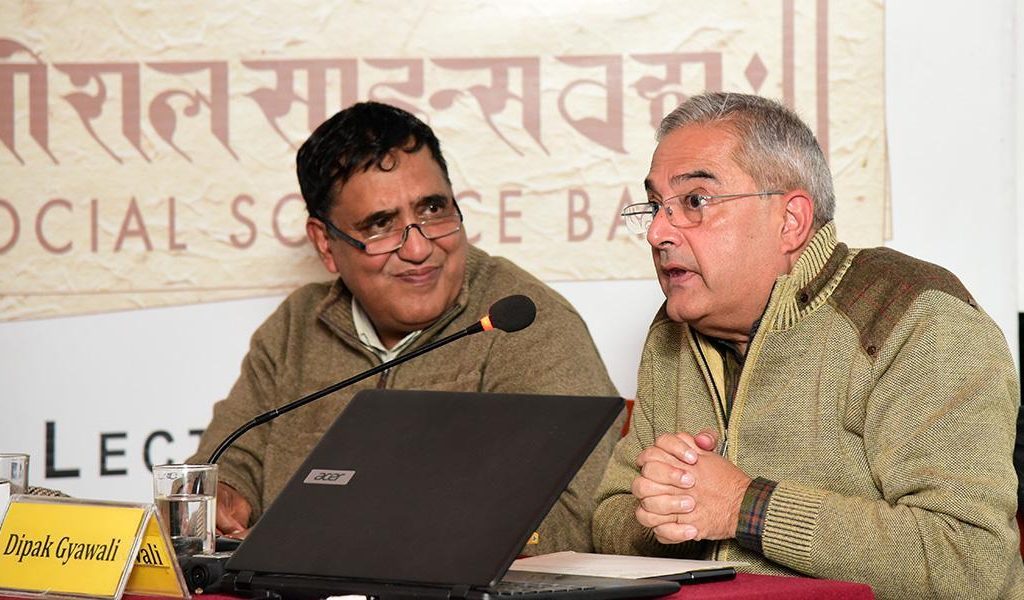 Nepal has experienced some seven decades of modern development, and the verdict on the results has to be less than charitable, whether in comparison with similarly situated countries such as Thailand, Malaysia and South Korea or by comparing different regimes the country has seen. A conventional economic assessment is even more problematic as it is unable to distinguish between background-inspired development that would have happened anyway and politically-willed achievements to which development can be attributed as shown by the case with MDG-related indicators. This lecture will use Cultural Theory (the Mary Douglas inspired neo-Durkheimian theory of plural rationalities) to explore alternative explanations and pathways. It will draw on examples from water, energy, forestry and other natural resources sectors to examine the reasons for the country’s healthy as well as unhealthy developments.

Dipak Gyawali is currently Pragya (Academician) of the Nepal Academy of Science and Technology (NAST), where he is initiating the ‘Colloquium on the Philosophy of Science and the Sociology of Technology’. He is also Chair of Interdisciplinary Analysts (a private research firm specializing in quantitative and qualitative social science) and, until recently, Chair of the non-profit Nepal Water Conservation Foundation.

A hydroelectric power engineer (Moscow Energy Institute, 1979) and a political economist (University of California at Berkeley under a Fulbright grant, 1986), he is a Cultural Theorist who worked with the late Mary Douglas using this neo-Durkheimian theory of plural rationalities or new institutionalism to explain resource conflicts. He was Nepal’s Minister of Water Resources (responsible for electricity, irrigation and flood control) in 2002/2003 during which period he chaired ex-officio the governing board of the Nepal Electricity Authority (NEA) as well as the Water and Energy Commission.

Gyawali has been a visiting professor/senior research scholar and member of the advisory boards of various universities and international organizations, including UN University Yokohama as visiting professor of water and cultural diversity, Pacific Northwest National Lab for its 4-volume Human Choice and Climate Change, and New York’s Social Science Research Council’s South Asia Regional Advisory Panel. He was also on Coca Cola’s International Environmental Advisory Board in Atlanta and on the advisory committees of the Regional Centre for Strategic Studies in Colombo and the Highland Waters programme of the Kunming Institute of Botany of the Chinese Academy of Sciences.

This lecture will draw on arguments explored in the following publications he has been involved with:Aid, Technology and Development: The Lessons from Nepal (co-editor, 2017), State of Climate Action in Nepal (co-author, 2018), Restoring Development ‘Dharma’ with Toad’s Eye Science? (co-author, 2016) and The Water-Food-Energy Nexus: Power, Politics and Justice (co-author, forthcoming, 2019)