What Does Democracy Sound Like? Āwāj as Metaphor and Material of Democratic Practice 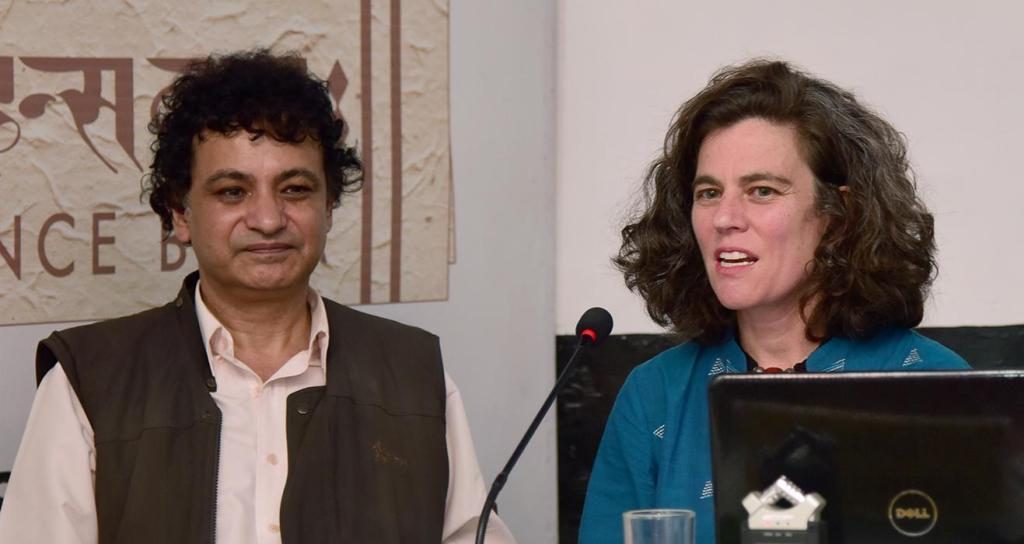 Laura Kunreuther
on
What Does Democracy Sound Like?
Āwāj as Metaphor and Material of Democratic Practice

In this presentation, I will discuss the South Asian term ‘āwāj’ as a vernacular alternative to global discourses of ‘voice’. While global discourses of voice (in English) rarely turn our attention to the soundings of democracy, the term āwāj, used in many South Asian languages, refers explicitly to sound and to metaphoric meanings of voice. At a metaphorical level largely developed through media, āwāj resonates with modern, global discourses of voice used to describe interior thoughts and desires, political consciousness, agency, and modes of selfhood central to modern publics and democratic practice. Yet āwāj also includes reference to a wide array of phenomena that are neither human nor discursive at all: natural and mechanical sounds or noises. Because sound affects us in ways that often exceed words, āwāj helps us focus our attention on the connections between the rational and the affective, the articulate and the inarticulate, rather than their fundamental division, raising questions around how we think about democratic practice.

Drawing on examples of āwāj in different parts of the subcontinent (from protests at New Delhi’s Jawaharlal Nehru University to artistic and political protests in Nepal), I suggest that āwāj offers us a way to break open the ubiquitous discourse of voice used in global human-rights organisations, humanitarian discourse, and liberal understandings of the public sphere. Is there, for example, a ‘voiceless’ subject implied within discourses of āwāj? How might the material properties of sound encompassed in the concept of āwāj help us see past the individual voting subject that discourses of voice tend to implicitly reference? To what extent does the South Asian concept of āwāj expand our notions of voice from simply an expression of consciousness or political desire toward the edges of language and sounds that depend upon media and collectivities, often assembled en masse, to make their message heard?

Laura Kunreuther is an Associate Professor of Anthropology at Bard College. She has been doing research in Nepal since the mid-1990s, centred primarily on urban and public life in the Kathmandu Valley. Her ethnographic research engages with a wide range of topics, including Nepali media (especially FM radio), participatory democracy, protest, voice, gender, national law, language, and memory/history.

Professor Kunreuther’s work has been published in journals such as Studies in Nepali Society and History, Cultural Anthropology, American Ethnologist, Journal of Linguistic Anthropology, as well as several edited volumes. Herbook, Voicing Subjects: Public Intimacy and Mediation in Kathmandu (2014), traces the relation between public speech and personal interiority during a moment of democraticisation in Nepal through a focus on intimate and political formations of voice. She is currently engaged in two projects that both explore sound, listening, and political subjectivity. The first centres on the use of sound for political and artistic protest; the second on the role of field interpreters deployed in humanitarian and UN field missions.