Revisiting the Concept of ‘Prana’ in Nepali and Indian Art 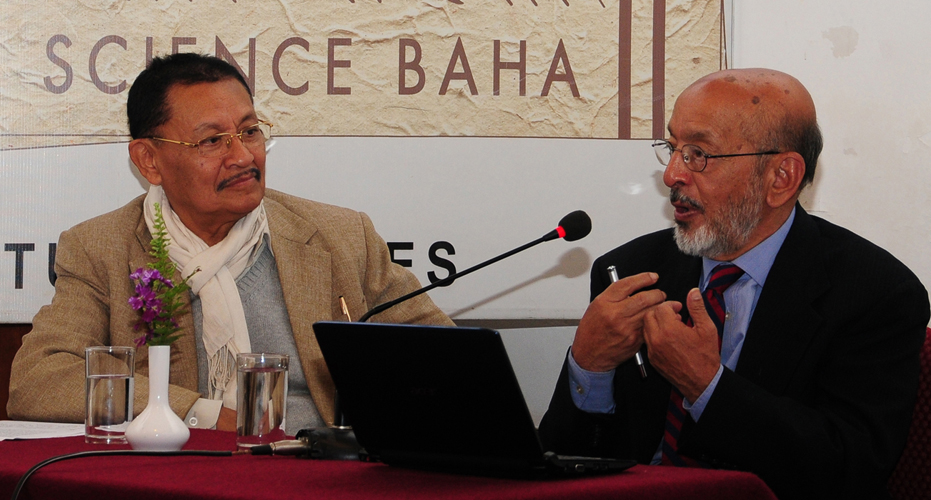 Gautama V. Vajracharya
on
Revisiting the Concept of ‘Prana’ in Nepali  and Indian Art

A ubiquitous characteristic of South Asian art is an inflated volume used for modelling the healthy body of a male or female figure. According to the art historian, Stella Kramrisch, this artistic feature, called prana, is a technical device by which the artists revealed the existence of the life breath, filling and expanding the vessel of the body resulting from yogic breath-control. Despite the fact that this interpretation has been widely accepted, recent investigation indicates that in fact the element of prana is more closely associated with agrarian prosperity and vibrant life than with the practice of yogic breath control. Textual evidence supporting this view derives from unexpected sources such as Vedic literature, and Vatsyayana’s Kamasutra. In this illustrated talk, the speaker will demonstrate how the textual evidence coincides with these artistic phenomena.

Gautama V. Vajracharya is a Sanskritist with a deep interest in South Asian languages, art, and culture. In addition to his work as a consultant at New York’s Rubin Museum of Art, he has also taught History of South Asian Art at the University of Wisconsin for the past 23 years. As a recipient of the prestigious John David Rockefeller III Fund Grant for research, he studied Nepali and Tibetan works at the Los Angeles County Museum of Art. He holds a PhD in South Asian language and culture from University of Wisconsin-Madison. He earned his Master’s degree in art history from the Claremont Graduate School, California.

Dr Vajracharya has authored and edited many books and monographs, the most recent of which is a monograph on the monsoonal culture of South Asia. He has edited many Nepali journals including Purnima and published about 50 articles and four books on Nepali history and culture. His recent publications include Frog Hymn and Rain Babies: Monsoon Culture and the Art of Ancient  South Asia (2013), Watson Collection of Indian Miniatures at the Elvehjem Museum of Art (2003), and Himalayas: An Aesthetic Adventure (Contributor) (2003).