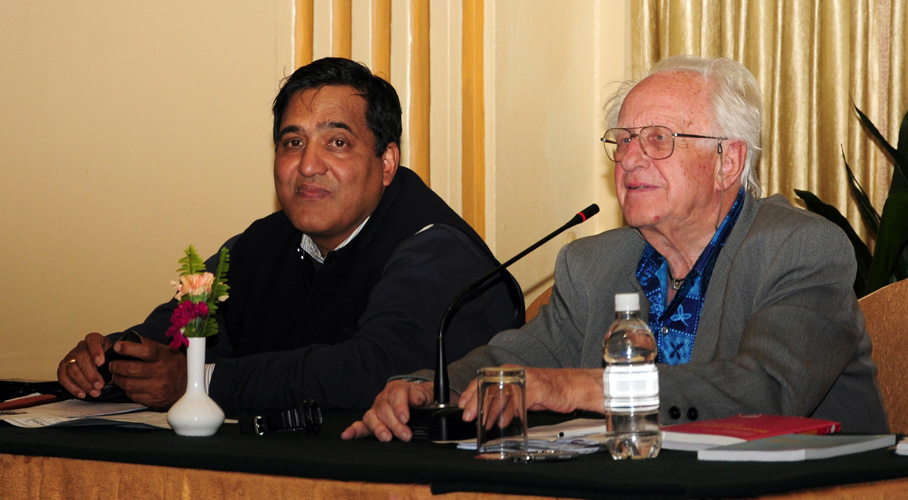 This lecture will focus on how peace concepts should be applicable across history, geography, and level of human organisation. It will explore the formula for peace and outline four tasks required in its creation—constructing equity, constructing harmony, reconciling past trauma, and resolving present conflict. It will draw on Johan Galtung‘s experience in acting as a mediator in more than 150 conflicts the world over to demonstrate the working of this formula. Some of the major historic and current conflicts will also be discussed along with methods for their possible resolutions.

Johan Galtung is a distinguished Norwegian sociologist, mathematician, and the founding father of the discipline of peace and conflict studies. He is also one of the most famous and influential thinkers—both in terms of the academic community as well as among practitioners. He is known for contributions to diverse fields such as mathematics, sociology, political science, economics, history, macro history, anthropology, and theology. He is also associated with the concepts of structural violence and negative vs positive peace, among others.

Professor Galtung founded the world’s first Peace Research Institute in Oslo (PRIO) in 1959, serving as its director until 1970 and also established the Journal of Peace Research in 1964. In 1969, he was appointed to the world’s first chair in peace and conflict studies at the University of Oslo. He continues to hold professorships at various universities around the world. He is still active in publishing his pathbreakiing work and engaging in peacebuilding internationally.

(This lecture was organised in collaboration with the Embassy of Switzerland.)