Politics Without Guarantees: Gramsci, Uneven Development, And The Constitution Of A ‘People’ 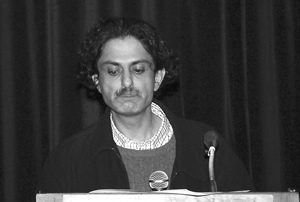 Vinay Gidwani
on
Politics without Guarantees: Gramsci, Uneven Development, and the Constitution of a ‘People’

The historical geography of capitalist development is at a key inflection point in which the geographical configurations of power are rapidly shifting at the very moment when the temporal dynamic is facing very serious constraints. The uneven development of capitalist practices throughout the world has produced anti-capitalist movements, though not uniformly of a progressive sort, all over the place. The Maoist uprising in Nepal is paradigmatic.

These movements, while unique in certain respects, have attempted to open spaces within which something radically different in terms of dominant social relations, ways of life, productive capacities and mental conceptions of the world can flourish. They have sought to reconstitute socially heterogeneous subaltern actors as new collective individuals—a ‘people’ who can build a life-in-common in the midst of immense human suffering and unmet needs. But, as history shows, popular revolutions can quickly become ‘passive revolutions’: sometimes weakly reformist and at other times reactionary and authoritarian. Furthermore, once the ‘people’ are recognised as a political category rather than a datum of the social structure, it becomes evident that any democracy that fails to constantly renew the ‘people’ as historical actors who can engage in practices of ‘commoning’ risks dissipating into sectarian plurality and a politics of special interests.

The talk will demonstrate how these insights can be traced back to the formative writings of Antonio Gramsci, and why he remains relevant for understanding and advancing democratic practices in contemporary South Asia.

Vinay Gidwani is a Professor of Geography at the City University of New York. He is interested in capitalist transformations of agriculture and agroecologies, and their inter-connections with cities through labour and capital flows. In attempting to understand various spatial resolutions of the ‘agrarian question’ he foreground three areas of research: first, the cultural politics and geographies of work; second, the more-than-human constitution of social relations; and third, emergent terrains of injustice and struggle. He is presently working on urban and regional circuits of waste, and the labour processes that emerged around these, in the growth of metropolitan Delhi post-1930. This endeavour is part of a larger project called ‘The Afterlives of Waste’ that is an investigation into the spatial histories, political uses, and contemporary global political economy of commodity detritus. Prof Gidwani’s analytical approach builds on a range of intellectual currents, most prominently agrarian studies, economics, ecology, postcolonial criticism and various strands of Marxism, particularly Marxist geography. He is the author, most recently, of Capital, Interrupted: Agrarian Development and the Politics of Work in India (2008).