Nepali Muslims, Islamic Revival, And The ‘New Nepal’: A Look At Secularism, Religion, And The Politicisation Of Identities 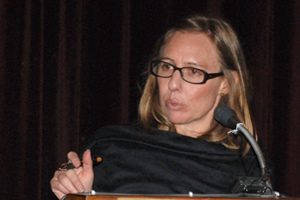 Megan Adamson Sijapati
on
Nepali Muslims, Islamic Revival, and the ‘New Nepal’: A Look at Secularism, Religion, and the Politicisation of Identities

Muslims form the second largest religious minority in Nepal, and in the recent years of Nepal’s political transition into secular statehood, Muslims have put forward their own visions for their role in the ‘new’ Nepal. At the same time, there has been an increasing revival of Islam among Nepali Muslims. Yet many in Nepal know little about Muslims and the religion of Islam, and know even less about Nepali Muslim positions on crucial issues surrounding the relationship between religion and the new secular state. Drawing upon ethnographic research among Muslims in the Kathmandu Valley, this talk presents and analyses Muslim discourses on issues surrounding the relationship between the secular state and its Muslim minority. It will give particular attention to those organisations at the forefront of the growing movement of Islamic revival.

The talk will begin with a brief review of the history of Muslims in Nepal and their current demographics, highlighting the heterogeneity of Muslim identities. This will be followed by an overview of Nepali Muslims’ contemporary movements and organisations, and a discussion of one such organisation that seeks to address the population’s internal diversity in creative and productive ways. Through the lens of this organisation, the talk will explore the following questions: What is the role of local identity politics in shaping this pan-Nepali Muslim identity? How does Islam inform articulations of the population’s needs, and provide a framework for envisioning it as a nation-wide minority community? What is the role of global networks of Islam? In conclusion, the talk will pose some theoretical questions surrounding the revival and politicisation of Islam in the modern world and the formation of religious minority identities.

Megan Adamson Sijapati is Assistant Professor of Religious Studies at Gettysburg College in Gettysburg, Pennsylvania, where she teaches courses on South Asian religions, Islam, and religious conflict and cooperation. She is a member of the Executive Council of the Association for Nepal and Himalayan Studies and an associate editor for the journal Himalaya. Prof Sijapati earned her PhD from the University of California, Santa Barbara, in the field of Religious Studies, with a focus on South Asian Islam and Global Studies. She conducted research among Muslims in Nepal in 2005-2006, and 2008, for her dissertation, ‘Shaping Muslim Identities: Alterity, Conflict and Islamic Revival in Nepal’, which is currently under revision for publication as a book.