Cultural Theory And Clumsiness: Some Lessons From Nepal 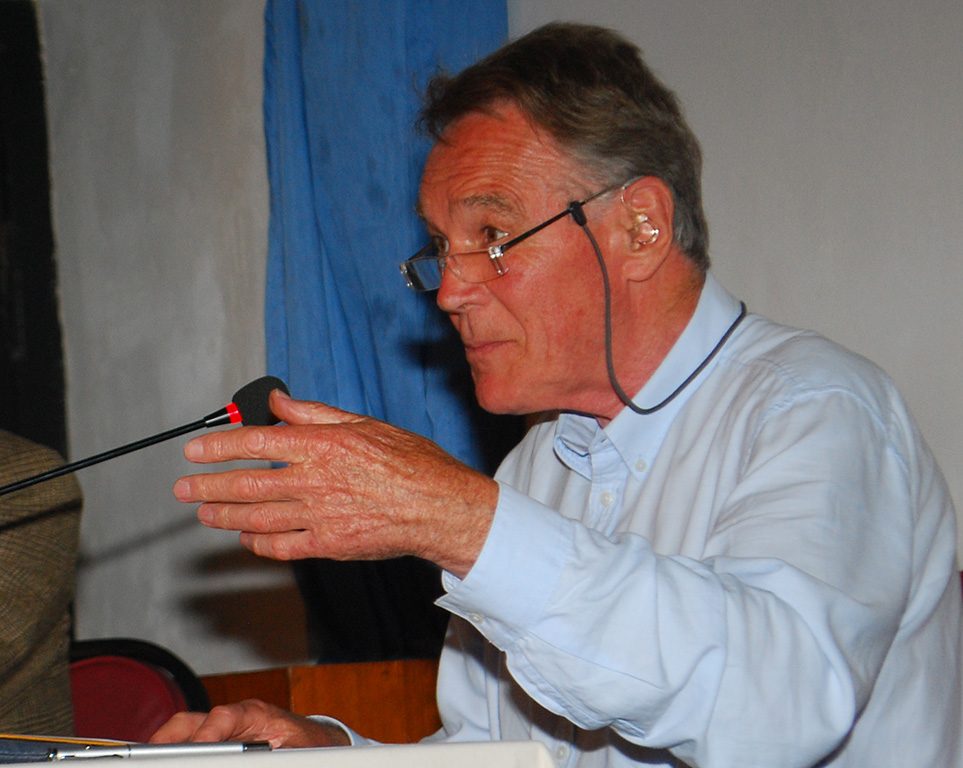 Michael Thompson
on
Cultural Theory and Clumsiness: Some Lessons from Nepal

If knowledge is always shaped by the organisational setting in which it is produced, then we need a typology of ways of organising. This is what Cultural Theory provides. After exhausting this typology and its normative implications—to always ensure that all the contending knowledges are heard and responded to: clumsiness—the talk will conclude with a brief ‘worked example’: the Bhattedanda Milkway, which challenges conventional paradigm regarding transport and energy in the Nepali hills and which has recently been extended, primarily by community effort, to even more remote parts of South Lalitpur.

Michael Thompson, originally a professional soldier, studied anthropology at University College London while following a career as a Himalayan mountaineer (Annapurna South Face 1970, Everest South-West Face 1975). He is a Fellow at the Institute for Science Innovation and Society, Oxford University, and an Institute Scholar at the International Institute for Applied Systems Analysis, Vienna.

His early research on how something second-hand becomes an antique (Rubbish Theory, 1979) led to work on ‘energy tribes’, risk, technology and development, etc., and on to ‘the even newer institutionalism’ (Cultural Theory, 1990 with Aaron Wildavsky and Richard Ellis). His recent publications include Clumsy Solutions for a Complex World (Palgrave, 2006, with Marco Verweij) and Organising and Disorganising: a dynamic and non-linear theory of institutional emergence and its implications (Triarchy Press, UK, 2008). He is currently in Kathmandu to work with Nepali colleagues on a IIASA-sponsored research resulting in a book tentatively titled Development, Climate Change and Clumsiness: Lessons from Nepal.