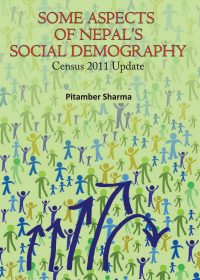 Some Aspects of Nepal’s Social Demography

This book attempts to provide an update on some aspects of Nepal’s social demography (CBS 2003, Gurung 1998, 2003), namely the growth dynamics of population, and changes in ethnic, linguistic as well as religious composition and literacy on the basis of available national-level data from the 2011 census (CBS 2012). The census shows a historic decline in the growth rate of population, significant regional shifts in population, and also a phenomenal wave of edium-term migration abroad. Urbanisation rates have remained high. There have been additions of new ethnic and linguistic groups. The literacy situation has improved but significant regional and caste/ethnic inequalities persist. The diversity of Nepal is more pronounced, and the mobility of the population is more striking. The book concludes with some observations on the implications of Nepal’s changing social demography.