The Crisis Of Secularism In South Asia: Towards An Indo-Pakistani Convergence? 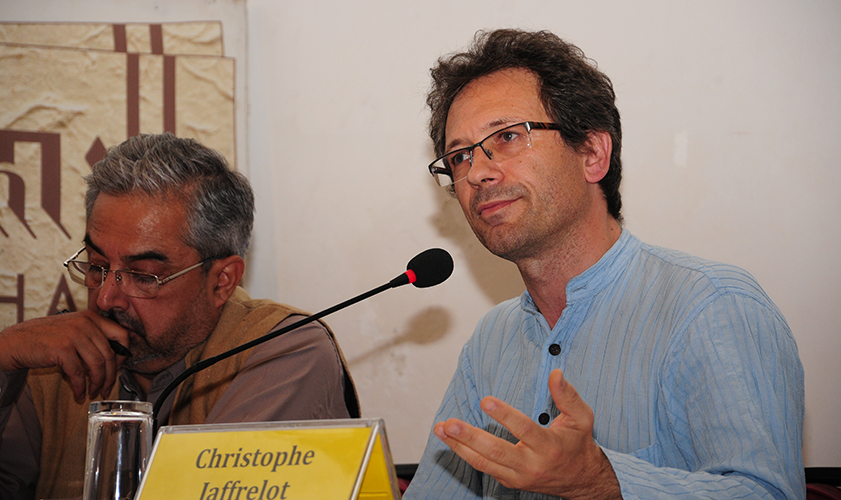 Christophe Jaffrelot
on
The Crisis of Secularism in South Asia: Towards an Indo-Pakistani Convergence?

After Partition, India and Pakistan both claimed that their regime would be secular. To achieve such a tour de force was particularly difficult in ‘the land of the pure’ which had been created to give a homeland to the Muslims of South Asia, but the first two constitutions of the Islamic Republic of Pakistan did not recognise any state religion and granted rights to the minorities. Things started to change in the 1970s, under Zulfikar Ali Bhutto, as evident from the declaration of the Ahmedis as ‘non-Muslims’. But the real turning point occurred with Zia’s Islamisation policy. The decline of secularism in Pakistan can be attributed to the role of Islamist pressure groups, the Jamiat Ulema Islam and fundamentalists of the Jama’at-e-Islami; the strategy of politicians, including Bhutto; the influence of external factors, including the proxy war between Iran and Saudi Arabia and the impact of the Afghan wars; and the role of the Kashmir issue in the politics and society of Pakistan.

Following independence in 1947, India under Jawaharlal Nehru devised a model for regulating relations between religion and politics that is referred to as ‘secularism’. Unlike the French principle of laïcité, this ‘-ism’ recognises the legitimacy of religious practices in the public sphere, but the state treats all communities equally. Today, this model is eroding. The main threat comes from Hindu nationalism, which strives to mask the multiple meanings of Hinduism to promote an ethno-linguistic identity. In the name of this ideology, Hindu nationalists require minorities to confine their religious practices to the private sphere and swear allegiance to Hinduism as the national culture. This movement remained a minority trend for many years but then took on considerable political influence in the 1990s and may well gain momentum this year. This trajectory could lead India down the path of what some political analysts have called ethnic democracy where minorities approximate second-class citizens.

Christophe Jaffrelot is a political scientist specialising in India and Pakistan. He serves as Research Director at the CNRS (National Centre for Scientific Research), Paris, and also chairs the Asia Group at the French Ministry of Foreign Affairs. He is a non-resident scholar in the South Asia Program at the Carnegie Endowment for International Peace. He is Professor of India’s Politics and Society at King’s College, London, and also teaches South Asian politics and history at Sciences Po, Paris. His research interests include theories of nationalism and democracy, mobilisation of the lower castes and untouchables in India, Hindu nationalist movement, and ethnic conflicts in Pakistan.

(This lecture was organised in collaboration with Martin Chautari.)