Securing Our Future Despite Our State: The Quest For Salaried Work Within Political Turmoil 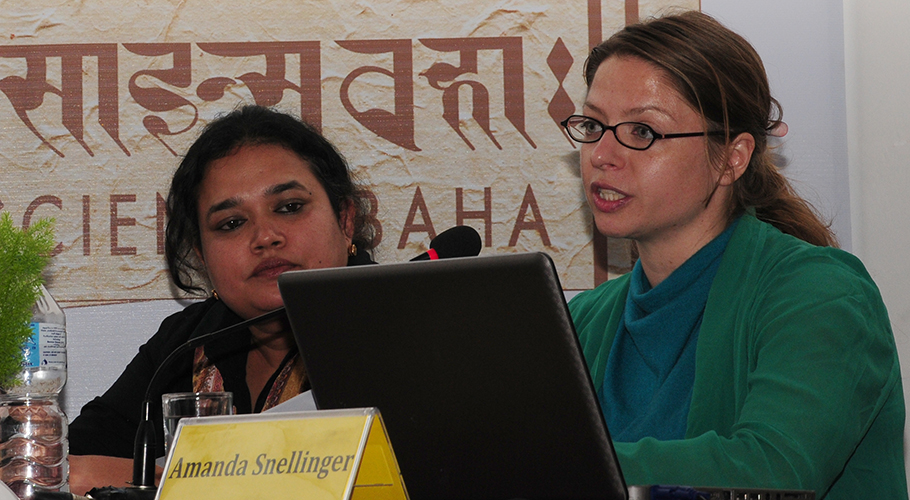 Amanda Snellinger
on
Securing Our Future despite Our State: The Quest for Salaried Work within Political Turmoil

In the last 20 years, Nepal’s literacy rate has increased over 30 percent and the number of people earning their School Leaving Certificates is up ten-fold. Families across socio-economic demographics have invested in their children’s education in the hopes that it will yield salaried work. This trend has increased while the government has adopted neo-liberal economic policies that have generally reduced the number of secure, life-long bureaucratic jobs that were so prized by the current generation’s parents. Many young people, therefore, have trouble securing stable employment both in government and private sectors. One of the main obstacles young people cite to securing employment is political instability. State politics has shaped their various strategies to secure work and livelihoods. So how do these young people conceptualise the government’s role in their struggles to carve their own pathways? This lecture examines how educated Nepalese youth view political uncertainty caused by war and divisive politics and its impact on their lives.

Nepal has shifted from being on the brink of a failed state during the civil war (1996-2006), to the hopeful state of making ‘new Nepal’ soon after Jana Āndolan II, to being what I call a negligent state during the ongoing transition that has seen five different governments and two constituent assembly elections since 2008. The few government programmes run for educated young people attempt to bring unemployed youth into the ‘official’ economic fold, but these programmes are inefficient and sporadic. I suggest that the inconsistency by which these programmes are instituted creates a negative feedback loop that discourages people from investing fully in state-sanctioned mechanisms. This lecture will attempt to reveal the stakes of the tumultuous politics by demonstrating how Nepal’s post-conflict uncertainty is undermining the state-building aim to create a government in which the citizens of Nepal are invested.

Amanda Snellinger is a postdoctoral researcher at University of Oxford’s School of Geography and the Environment. She is currently researching the politics, social practices, and livelihood strategies of educated unemployed and underemployed youth in Nepal’s Parsa district. This research is part of an Economic and Social Research Council-sponsored team project, conducting comparative research in North India, Nepal, and Sri Lanka.

Dr Snellinger received her PhD in anthropology from Cornell University. Her dissertation research focused on student politics as an institution in Nepal’s mainstream politics and the activist generation that fought to establish a democratic secular republic. She is writing a manuscript based on her dissertation entitled, Transfiguration of the Political: From Student Activists to Politicians in the Making of ‘New Nepal’. She has published articles, book chapters, and open-access forums on youth, activism, party politics, post-conflict politics, democratic theory, and secularism in South Asia.