Reflections on Working with Gurungs in the Last 50 Years 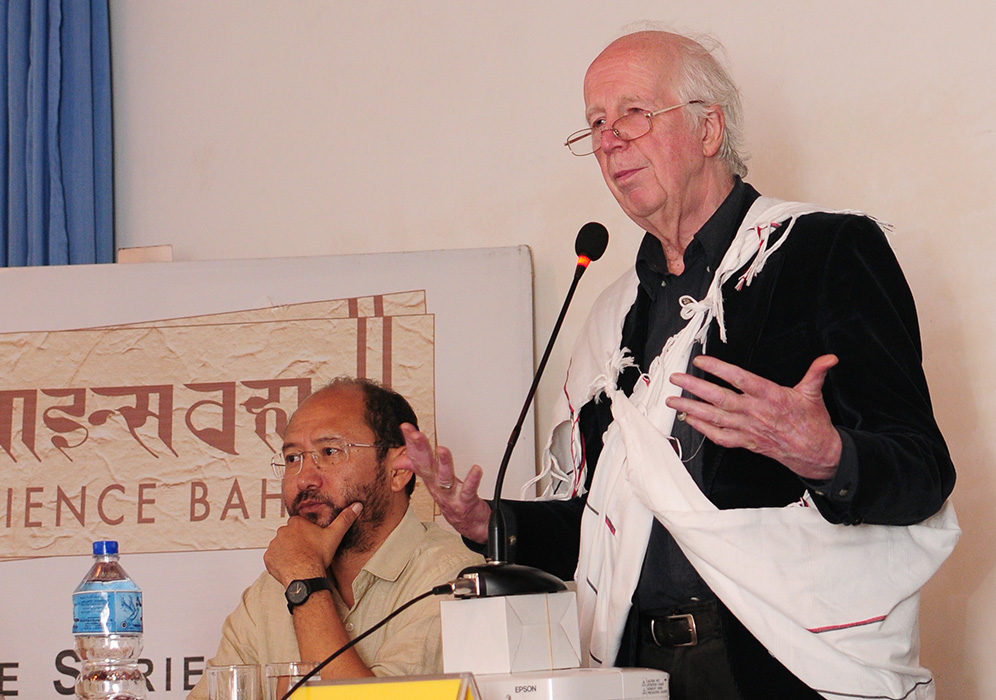 Alan Macfarlane came to Nepal in 1968 for his anthropological fieldwork with the Gurungs. Now, almost 50 years later and after his 20th visit he will reflect on what he has learnt from this experience under the following headings, the changing world of the Gurungs; wider global issues and the nature of what it is to be human from work with the Gurungs; about himself and his own colonial and post-colonial attitudes; the changing methodology of anthropology, and particularly the changes in communicating anthropological knowledge in the age of the internet and the potentials of multi-media.

Alan Macfarlane is an anthropologist and historian who taught at the Department of Social Anthropology at Cambridge University for 34 years. He is now Professor Emeritus of Anthropological Science and a Life Fellow of King’s College, Cambridge, besides being a Fellow of the British Academy and the Royal Historical Society. He is the author/editor of 20 books and numerous articles, including Resources and Population: A Study of the Gurungs of Nepal (1976) and Gurungs of Nepal: A Guide to the Gurungs (1990).

Professor Macfarlane has done research on English society of the 14th to 19th centuries; the Gurungs of central Nepal; and the Nagas of the Burma-India border. He has also done research on Japan and is presently working on various research and cultural communications between the West and China for which he has already made 14 visits to China.