Nepal and the Wealth of Knowledge: Inequality, Aspiration, Competition and Belonging 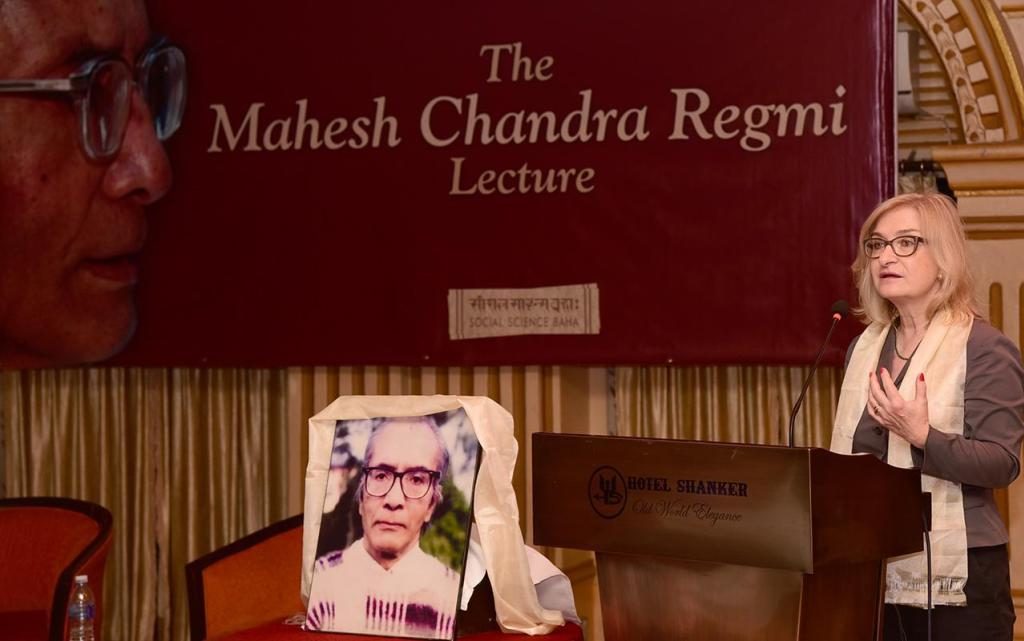 Nepal and the Wealth of Knowledge: Inequality, Aspiration, Competition and Belonging
by Joanna Pfaff-Czarnecka

Nepal’s place in the contemporary globalising knowledge society is ambivalent. On the one hand, Nepal is absent from all kinds of rankings measuring academic excellence at the institutional level. On the other, Nepal ‘sends out’ large numbers of aspiring students abroad (with some of them returning). The country also hosts a number of excellent privately run schools and institutions. We must neither forget that Nepal is incredibly rich in different forms of knowledge that currently do not count in the global race over prestige, power and wealth. These forms of knowledge either persist in the shadow of ‘modern’ educational aspirations, or are under threat of suppression or oblivion.

The tension between Nepal’s marginality and excellence in the fields of knowledge production and dissemination draws our attention to striking inequalities persisting in the realm of knowledge. This lecture addresses these inequalities while contextualising them in the inter-scalar global, national, and local interconnections. It will discuss educational aspirations against the backdrop of class, caste, ethnicity, and gender competition. While revealing the substantial disparities and divisions coming about with and through an unequal and skewed command of knowledge, it is crucial to ask how knowledge is negotiated and put into use for society and its members. In this vein, belonging is crucial: it is forged and maintained through common knowledge repertoires, and it thrives when knowledge is shared within and across different realms of knowing.

Joanna Pfaff-Czarnecka is Professor of Social Anthropology, Academic Director of ZiF, the Center for Interdisciplinary Research, and Dean of Faculty of Sociology, Bielefeld University, Germany. She is also a Senate member of the German Research Foundation. She has been Pro-Vice-Chancellor of Bielefeld University, President of the Swiss Society of Social Anthropology, as well as a Member of Commission 38 at the CNRS. Her current research focus is on universities and on studying in Asia and in Germany; previously she worked extensively on ethnic and religious diversity in South Asia and in mid-European immigration societies under the conditions of globalisation and transregionalisation. Her doctoral research was on power and ritual purity in Nepal, inquiring into the evolution of the Hindu caste system and ethnic relations in Nepal; her postdoctoral research was on democratisation and development in Nepal in a broader Himalayan perspective.

Professor Pfaff-Czarnecka has published extensively on Nepal. Among her other publications are, as author, Multiple Belonging and the Challenges to Biographic Navigation (2013), Distributional Coalition in Nepal: An Essay on Democratization, Capture, and (Lack of) Confidence (2008), Challenging Goliath: People, Dams, and the Paradoxes of Transnational Critical Movements (2007), No End to Nepal’s Maoist Rebellion (2005), High Expectations, Deep Disappointment: Politics, State and Society in Nepal after 1990 (2004), Ethnic Futures (1999, together with D. Rajasigham-Senanayke, A. Nandy, and T. Gomez), Complex Communities in Nepal-Himalaya, or: Solidarity as a Way of Life and as a Global Category (2000), and State and Community: Changing Relation of Production after the Unification of Nepal (1991). She has also co-edited Facing Globalization in the Himalayas: Belonging and the Politics of the Self (2014, together with G. Toffin), The Politics of Belonging in the Himalayas: Local Attachments and Boundary Dynamics (2011, together with G. Toffin), and one of the groundbreaking works in Nepal’s academic history, Nationalism and Ethnicity in a Hindu Kingdom: The Politics of Culture in Contemporary Nepal (1997, together with D. Gellner and J. Whelpton).