Levels Of Narration In The MahāBhāRata 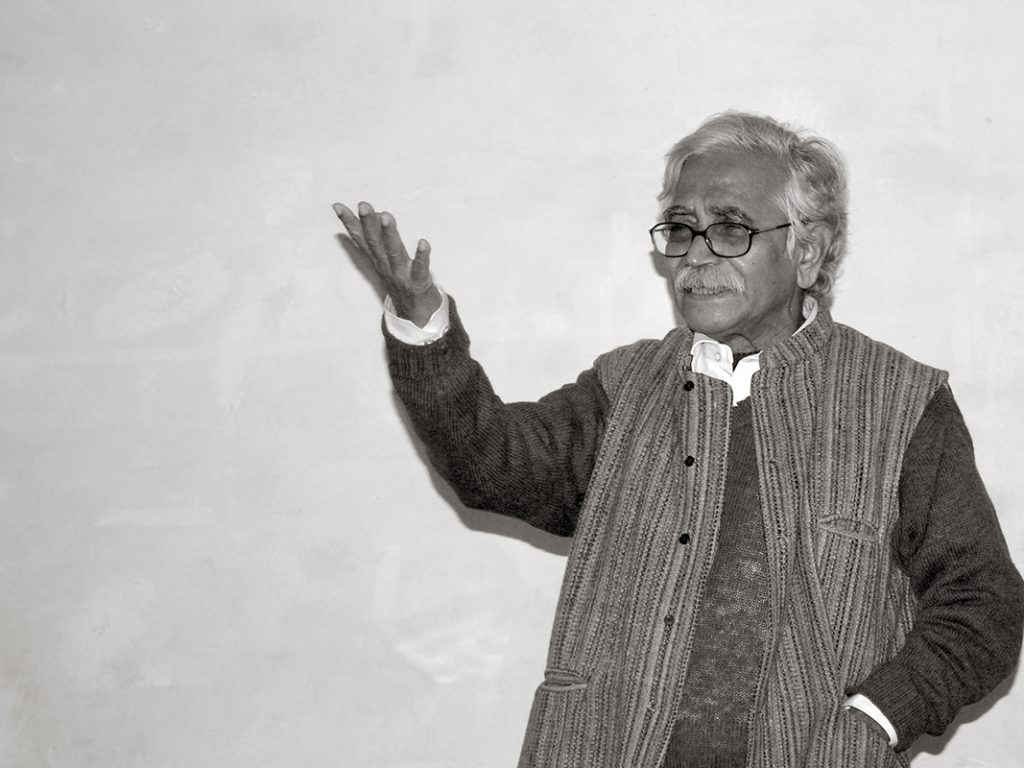 Amiya Dev
on
Levels of Narration in the Mahābhārata

The Mahābhārata has multiple levels of narration. The first narrator is Sauti Ugraśravas, son of Lomaharsï€¤anï€¤a the SÅ«ta, his audience comprising Sage Åšaunaka, who is performing a twelve-year sacrifice at Naimisï€¤a forest, and his companion sages attending that sacrifice. We would call it the outer narration. What he narrates to them is what he has himself heard narrated at King Janamejaya’s snake sacrifice by VaiÅ›ampÄyana, VyÄsa’s BhÄrata. But before Sauti gets to it, he relates the circumstances under which it was narrated, in other words, the story of the snake sacrifice with all its antecedents. Now this inner, VaiÅ›ampÄyana-Janamejaya, narration has an innermost part where the narration is done by Samï€¡jaya to the blind King Dhrï€¤tarÄsï€¤tï€¤ra, live reportage of the 18-day battle at Kuruksï€¤etra. Besides these three concentric circles of narration, as it were, where the narrator respectively is a bard, a raconteur and a rapporteur, and the audience, respectively, forest sages, a king and his court, and a blind king whose sons and nephews are fighting a deadly battle, we have a cluster of exemplary and incidental tales narrated to Yudhisï€¤tï€¤hira to soothe his soul or to enlighten him by itinerant sages as well as BhÄ«sï€¤ma from his bed of arrows.

This four-fold multiplicity of narration is not only in keeping with the singular enormity of Mahābhārata but also with orality as such. The tale is as much to be heard as told, the telling and the hearing bearing a whole range of temporality.

Amiya Dev holds a PhD in Comparative Literature from Indiana University. He has been a Fulbright Scholar as well as a Smith-Mundt grantee. Professor Dev taught at Jadavpur University from 1959 to 1995 in various positions, eventually holding the offices of the Dean, Faculty of Arts, and Senior Dean Officiating Vice-Chancellor. From 1995 to 1999, he was the Vice-Chancellor of Vidyasagar University, Midnapore. He has taught as a visiting professor in various universities in India. He is a widely published author in Bengali as well as English on topics such as genealogy, thematology, historiography. He has authored a book on comparative literature and also edited Jadavpur Journal of Comparative Literature. He has contributed to and jointly edited many professional collections, including Comparative Literature: Theory and Practice, The Renewal of Song: Renovation in Lyric Conception and Practice, and (forthcoming) Epic and Other Higher Narratives: Essays in Intercultural Studies. Recently, he was an Editorial Fellow at the Centre for Studies in Civilisations, New Delhi, editing the volume Science, Literature and Aesthetics (2009) as part of the prestigious multi-volume Project of History of Indian Science, Philosophy and Culture.