Humanitarianism In The 21st Century: Lessons From Afghanistan And Other Crises 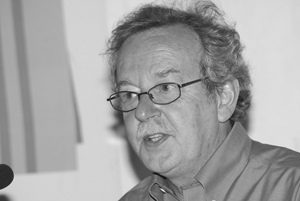 Antonio Donini
on
Humanitarianism in the 21st Century: Lessons from Afghanistan and Other Crises

Humanitarians have been following events in Afghanistan with growing apprehension. The viability of time-tested approaches to address the assistance and protection needs of civilians affected by the crisis are under threat both from attempts to incorporate humanitarian players into partisan political agendas and by the targeting of aid workers by non-state actors. An additional concern relates to the way the United Nations has positioned itself and the implications of taking sides, and being seen as taking sides, for the humanitarian system’s ability to address humanitarian need. But Afghanistan is not unique. There is a widespread feeling that developments in other crises are also challenging the fundamentals of humanitarian action in other places, resulting in the shrinking of humanitarian space with deleterious consequences for principled humanitarianism and for the collective ability of aid agencies to assist and protect vulnerable groups.

Humanitarians have lost a lot of ground because of political agendas that disregard the humanitarian imperative. Humanitarians are under increasing threats given perceived political alignments; in some, programmes are being developed with little relationship to the realities on the ground. In others, issues of nationalism and sovereignty are increasingly impinging on the humanitarian agenda. In all, the extreme politicisation, militarisation and instrumentalisation of the aid environment, the narrowing of humanitarian space, insecurity for aid workers, vitriolic or nationalistic attacks against aid agencies are deeply affecting the humanitarian operational environment.

Antonio Donini is a Senior Researcher at the Feinstein International Center at Tufts University, Boston, where he works on issues relating to humanitarianism and the future of humanitarian action. From 2002 to 2004, he was a Visiting Senior Fellow at the Watson Institute for International Studies at Brown University. He has worked for 26 years in the United Nations in research, evaluation, and humanitarian capacities. His last post was as Director of the UN Office for the Coordination of Humanitarian Assistance to Afghanistan (1999-2002). He has published widely on evaluation, humanitarian, and UN reform issues, including co-editing Nation-Building Unraveled? Aid, Peace, and Justice in Afghanistan (2004). He has coordinated the Humanitarian Agenda 2015 research project which analyses local perceptions of humanitarian action in 13 crisis countries, and in 2008 has authored the final HA 2015 report, ‘The State of the Humanitarian Enterprise’. Since 2007, he has been involved in research in Nepal on conflict and post-conflict issues and continues to follow humanitarian issues in Afghanistan.