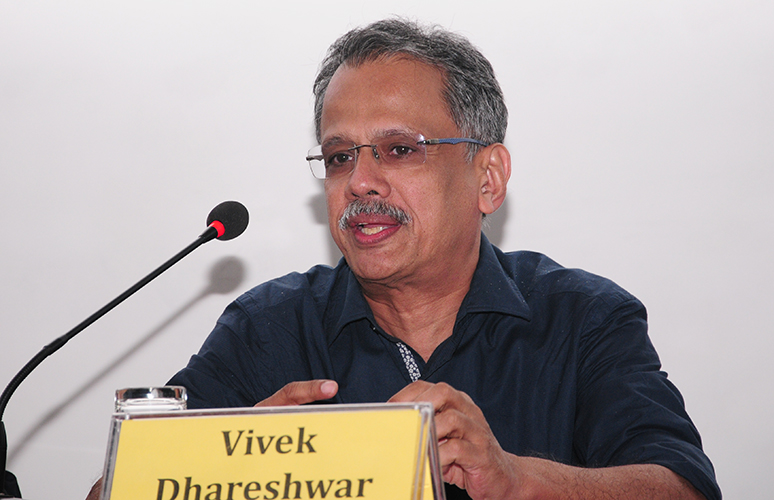 Vivek Dhareshwar
on
Decolonizing the Social Sciences: Problems and Prospects

Vivek Dhareshwar is currently Scholar-in-Residence at the Srishti Institute of Art, Design and Technology, Bangalore. Previously, a Senior Fellow at the Centre for the Study of Culture and Society, Bangalore, Dr Dhreshwar was also Director of the Institute between 2001 and 2004. From 1993 to 1997, he was Fellow in the Social Basis of Culture and Sociology at the Centre for Studies in Social Sciences, Calcutta. He has previously taught as Visiting Faculty in the Department of Anthropology, Johns Hopkins University.

Dr Dhareshwarobtained a PhD from the History of Consciousness Program, University of California, Santa Cruz. His current research investigates the role of culture in learning different kinds of knowledge. He is currently working on two book projects, the first one is, A Philosophical Exploration of the Relationship between Norms and Experience and the other is on the idea of multiple sites of ethical learning in Gandhi. He has published widely in the areas of ethics, political theory, literary criticism, and the philosophy of culture. At Srishti, he heads the Bangalore Human Sciences Initiative (BHISI) which has set itself the objective of reinvigorating research in the humanities and the social sciences.

This lecture was organised in collaboration with Photo Kathmandu, the first international photography festival in Nepal, 3-9 November, 2015. www.photoktm.com