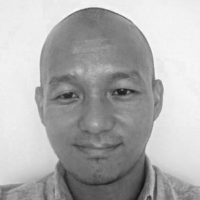 Sabin Ninglekhu is Principal Investigator of Heritage as Placemaking: The Politics of Solidarity and Erasure in South Asia and is institutionally based at Social Science Baha, Kathmandu. He has a PhD in Geography from the Department of Geography and Program in Planning from the University of Toronto, Canada. His doctoral research focused on informal politics, local governance, landlessness, and the urban poor. In April 2021, he completed a four-year long post-doctoral studies project on the bureaucracy of rebuilding the ‘heritage town’ in the Kathmandu Valley, focusing on the reconstruction of private households as a primary unit of analysis from the perspectives of post-disaster urban governance and planning. The project was institutionally based in the Earth Observatory of Singapore, Nanyang Technological University.

Within Heritage as Placemaking, Sabin leads the ‘bureaucracy’ theme of the project, and focuses primarily on the towns of Janakpur (Nepal) and Ayodhya (India). Using these field sites as case studies, he will look at the tacit and implicit role of religion in particular, and heritage in general, in further particular urban planning agendas under the guise of tourism, development, and creating the ‘heritage city’, or the ‘world-class city’.