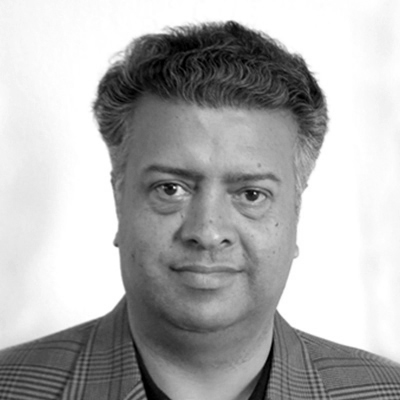 Sudhindra Sharma is the Executive Director of Inter Disciplinary Analysts (IDA). A sociologist by training, he completed his PhD from the University of Tampere, Finland, in 2001 and master’s from Ateneo de Manila University, Philippines, in 1992. He has international experience in research as a visiting scholar at the German Development Institute, Bonn; Institute of Development Studies, Helsinki; Center for the Study of Developing Societies, Delhi; and the Institute of Asian Studies at Chulalongkorn University, Bangkok.

He is the author of the book Procuring Water: Foreign Aid and Rural Water Supply in Nepal (2001) and a co-editor of the book Aid Under Stress: Water, Forests and Finnish Support in Nepal (2004). He has made several contributions to the policy papers brought out by the Institute of Development Studies, University of Helsinki. Besides foreign aid, he has focused on religions, namely, Hinduism and Islam, and has to his credit several research articles in journals and books in Nepal and in India.

He has led over 20 nationwide surveys in Nepal, including Nepal Contemporary Political Situation (NCPS), which was a series of longitudinal opinion surveys focused on politics, undertaken between 2004 and 2015. Other survey series conducted in his leadership are Public Safety and Security (2007–11), co-organised and co-authored with Saferworld, Business Climate Survey (2010-11), and USAID-funded local governance and community development programme, Sajhedari Bikaas (2013–17), where he led the baseline survey, four perception surveys, and the endline survey. He has also led the team at IDA in A Survey of the Nepali People in 2017, supported by The Asia Foundation together with Kathmandu University School of Arts, and DFAT, Australia.