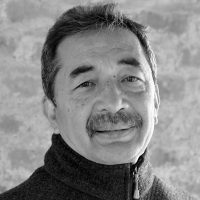 Rajendra Pradhan is currently affiliated with Nepā School of Social Sciences and Humanities (former Dean), Social Science Baha (former Chair, currently Treasurer), Social Science Baha Services (Board Director), and Himal Association (Chair). An anthropologist, he received his PhD from University of Delhi after which he conducted field work in a Dutch village. He has conducted research on several topics, including religion among Hindu Newars of Kathmandu, care of the elderly in a Dutch village, and food habits of Tarai inhabitants. He then spent more than a decade and a half using the legal anthropological perspective to study water and land rights in Nepal as well as looking at social and cultural diversity and its impact on social exclusion, access to political, social, economic resources and law. He is currently researching on women’s rights in Nepal, mainly using a legal anthropological perspective. He has served as research consultant to various organisations, including the International Water Management Institute, the International Food Policy Research Institute, the World Bank, and the Asian Development Bank. He has conducted several research workshops and training sessions for Nepali and international participants on topics such as social exclusion, legal pluralism, ethnography, and water rights.