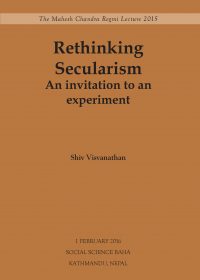 Rethinking Secularism: An invitation to an experiment