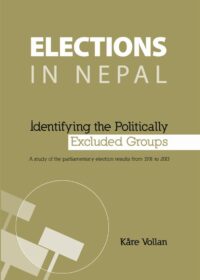 This booklet presents the results of a study that has been carried out over several years, starting in 2010. The purpose has been to find out which of the many caste and ethnic groups of Nepal have managed to get elected to parliament (including the two constituent assemblies) without any assistance from affirmative action and which groups have generally been excluded from unless some measures of inclusiveness are applied. The basis for the study has been the classification of each member of the three parliaments since 1990 and the 2008 Constituent Assembly against the 100 social groups of the 2001 census and then for the 2013 election against the 125 groups of the 2011 census.