Toni Hagen: The Journey from Development Expertise to Social Relevance 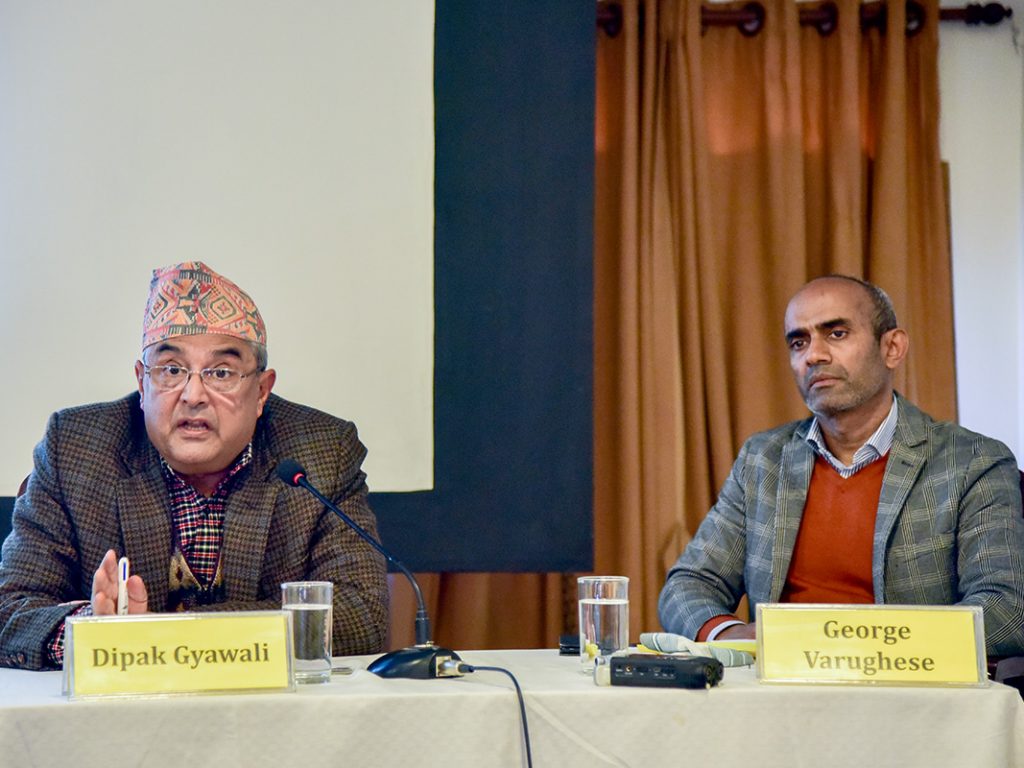 Being the first in many ways would already have earned Swiss geologist and development expert Toni Hagen a place in history: the first Western geologist to map the entire Nepal Himalaya traversing on foot 14,000 km of the country; the first UN expert producing Nepal’s development report #1; the first to help refugees with income generation, utilising their skills for not just survival but prosperity as well; and so on. It was also remarkable that he could do such pioneering work under four very different regimes in Nepal: Rana, the post-Rana interregnum, Panchayat and multiparty democracy. It is, however, his intellectual trajectory that saw him interrogating the place and meaning of his expertise in the travails of the land and people he was working with, moving from narrow geology to broader issues of development that makes him as relevant today as in the 1950s. This commemoration of Toni Hagen’s work will take us through this journey and its relevance to today’s development debate.

As a geologist, the first obvious question Hagen asked was: what is the land like, how did it acquire the form it did? Locking horns with issues that still bothers geologists today, he made his own seminal interpretations. Many experts would have stopped there to rest on their laurels, but Hagen took the next leap which (following Stanford University’s neo-Marxist professor, Paul Baran) distinguishes an intellectual from an intellect worker: he began to place his work within the entire framework of social activity. How did this land support the people in it; what were the pressures of change (development) they were facing; and finally, what constituted good versus bad development for them? It is his intellectual trajectory, from narrow expertise to broad examination of the philosophy and practice of development – refugees, hydropower, tourism, mountain-friendly transport, poverty and governance itself – and the debates that have not ceased around them that we shall discuss in this remembrance of the man and his work.

One of the very few foreigners to be formally invited by the Rana-era government in Nepal, Toni Hagen (17 August 1917–18 April 2003) traversed Nepal, surveying the land and interacting with its people. He first came to Nepal through the Swiss government and later served as an expert with the United Nations. Later, he also worked as a UN expert on natural catastrophes and refugees, and wrote extensively on international development. His book, Nepal: Kingdom of the Himalayas (1960), is credited with introducing Nepal to the world significantly, and his later publications, Building Bridges to the Third World: Memories of Nepal (1950-1992) (1994) and the posthumously published Decentralization and Development: The Role of Democratic Principles: Some Comparisons between Switzerland and Nepal in the Fields of Tourism, Hydropower and Infrastructure (2012), serve as testaments to his engagement with and commitment to the people of Nepal.

Dipak Gyawali is currently Pragya (Academician) of the Nepal Academy of Science and Technology (NAST), and guest senior research scholar with the International Institute for Applied Systems Analysis (IIASA), Austria. He is also Chair of Interdisciplinary Analysts (a private research firm specialising in quantitative and qualitative social science). He was also a founding member of the non-profit Nepal Water Conservation Foundation established three decades ago.