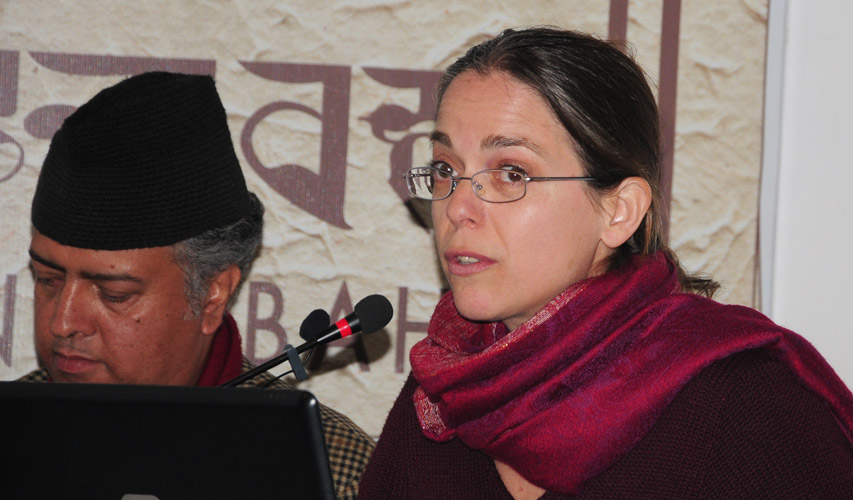 After a review of the recent debates in social sciences challenging the notion of secularism and the assumptions of the secularisation theories, this lecture will share some of the findings of a fieldwork on secularism in Nepal, conducted in 2010 in the Tarai (Nepalgunj, Biratnagar and Janakpur) and in Kathmandu.

Since the 1990s, secularism has been generally understood in Nepal not as the separation between state and religion but as the state’s duty to patronise all religions equally and bring an end to Hindu primacy in all spheres of public life. From fieldwork data emerges a rather uncharacteristic form of secularism that acknowledges the importance of religion and religious groups in the public sphere and ascribes to the state an active role in both supporting and reforming religious traditions, in contrast with the neutral stance and no-relation policy that is generally seen as a mark of secularism in the West.

Politicians and state institutions have to walk a tightrope, upholding secular values while balancing the Hindu majority tradition and the claims of minorities, all the while trying to set the stage for a distinctive form of Nepali secularism.

Chiara Letizia is a social anthropologist and historian of religions and a researcher and lecturer in cultural anthropology at the University of Milano-Bicocca. She has been conducting research on religion and society in Nepal since 1997. Chiara received her PhD from the University of Rome (2003) on Hindu pilgrimages in the Tarai and a post-doctorate in Paris (CNRS, 2004) on the adoption of Buddhism by Tharu and Magar communities in relation to ethnic claims and political change. Between 2009 and 2011 she was a Newton Visiting Fellow at the Institute of Social and Cultural Anthropology, University of Oxford, where she conducted research about the understandings of secularism in Nepal.