Beyond Respectability to Demanding Respect: The Work of Meena Acharya 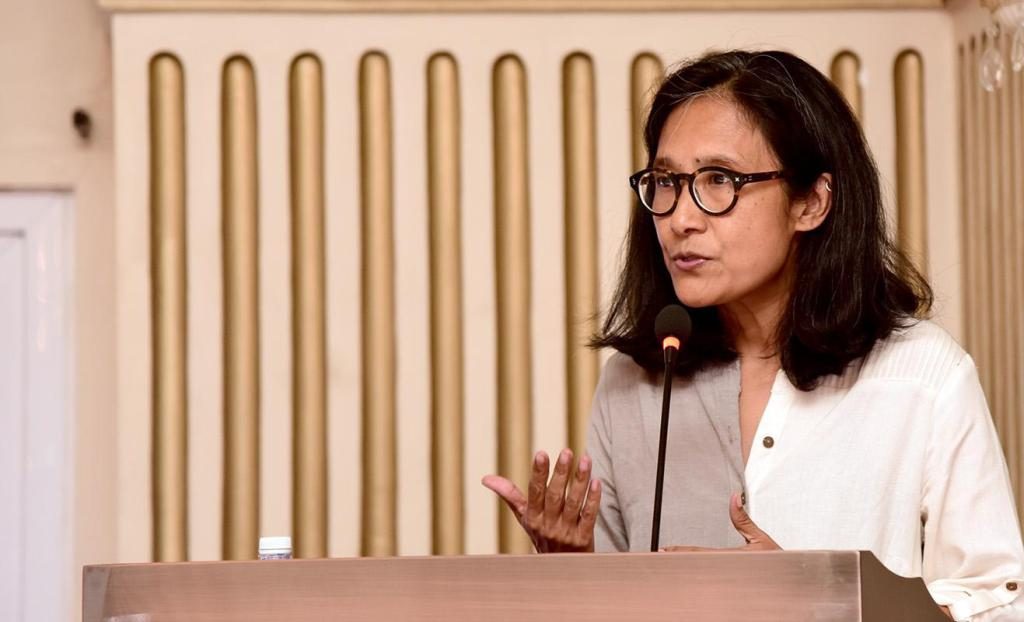 Seira Tamang
honours
Meena Acharya
with the lecture
Beyond Respectability to Demanding Respect: The Work of Meena Acharya

How does one assess a person’s academic contribution? The indicators in most countries are teaching and research, which assumes being situated in specific educational settings, i.e., a university. In a country like Nepal, an understanding of the political economy of research and academic output necessitates a broader view. It also requires an understanding of the specific history of the gendered sphere of public and private and the numerous national and international vectors at play in the engendering and legitimising of specific forms of knowledge in Nepal.

Situated thus, the contribution of Dr Meena Acharya is truly remarkable. From her multi-disciplinary approach, to her insistence on empirically based analyses, to her constant challenge to dominant forms of knowledge, norms and values, her work has formed an invaluable base for future generations of researchers and academics.

This lecture will sketch out Acharya’s various academic contributions, with special attention to her work as it relates to women in Nepal, given her close intertwining of analytical and political agenda. An attempt is also made to understand why her work remains less recognised in academia than that of others less prolific and/or academically less rigorous, and an argument is made as to why recognising such dynamics is important.

The presentation will also attempt a critical assessment of Acharya’s feminist interventions, highlighting the manner in which certain facets of her work reflect political limits and silences. The lecture will end by sharing how these contributions, including the silences, have played a critical role in the academic evolution of studies on women in Nepal.

Meena Acharya is a feminist economist who is perhaps best known for her contribution to the seminal, multi-volume The Status of Women in Nepal, published by the Centre for Economic Development and Administration at Tribhuvan University over 1979 and 1981. Her work in the decades since has spanned a variety of other subjects as well, including development, political science, gender and globalisation.

Dr Acharya received her MS degree in Economic Cybernetics from Moscow State University in 1966 and a PhD in Development Studies from the University of Wisconsin in 1987. In the interim, she worked at the Nepal Rastra Bank, where she was the Chief Economic Advisor (1978-80) and Chief Manager of the Development Finance Department (1986-90). In 1981-82, she also worked as an economist at the World Bank headquarters in Washington DC. From 1990 to 1994, Dr Acharya headed the Institute for Integrated Development Studies (IIDS), one of the first non-governmental research organisations in Nepal. She has also worked as a consultant for UNDP, UNIFEM, FAO, the Asian Development Bank, and the World Bank.

Dr Acharya has received numerous awards such as the Fulbright New Century Scholar Award (2004-2005) and the IDRC Research Scholarship in 1979. Between 2016 and 2018, she served as Adviser for Women’s Empowerment and Economic Development to the President of Nepal. A member of the International Association for Feminist Economics, Dr Acharya is currently also on the governing board of the Policy Research Institute set up by the Government of Nepal.

Dr Acharya’s works are part of the curriculum in Tribhuvan University’s Master’s in Gender Studies as well as the Post-Graduate Diploma in Women’s Studies. She has served as a resource person in the latter since 1997, continuing to train and inspire young people to this day. Not limited to academia, she is among those scholars who find meaning in their research through activism and has been a key figure in the evidence-based feminist movement in Nepal.

Some highlights of her contributions in this sector include Dr Acharya’s raising the question of citizenship not being transferred through the mother three decades ago, an issue Nepal is still grappling with. She demonstrated how important it is for women to participate in local decision-making processes. Recognising that a focus on women specifically was needed in development planning, Acharya analysed the efforts of the government and non-government sector from a gender perspective and presented cases for gender-responsive budgeting. She has written about female seclusion, patriarchy, limits to women’s mobility and participation in social life, the impacts of globalisation in the changing nature of gendered labour relations, and perhaps, most significantly, was able to engender the census-taking exercise in Nepal to account for the work of women in the household economy.

A bibliography of Dr Acharya’s writings can be accessed here.

Seira Tamang is an international relations scholar by training with research interests focused on gender, state, human rights and democracy.  She is the author of numerous articles in English and Nepali, and has published in journals such as the FeministReview, Citizenship Studies, Studies in Nepali History and Society (SINHAS), and the International Journal on Minority and Group Rights as well as in edited volumes.  She has extensive experience working with various foreign aid donors and civil society organisations and has been affiliated to the research institute Martin Chautari in Kathmandu for over 18 years.